Sisters Tair, Liron and Tagel Haim went viral all over the world with their international hit ‘Habib Galbi’ (2016) and after a break, they returned to the fray in 2019 with ‘Bayti Fi Rasi’ by S-Curve / BMG. Her single ‘Mubdira’ is a song and tribute to her great-grandmother and also to female empowerment, a constant in the lyrics, music and videos of these three women. The album is produced by Tamir Muskat (Balkan Beat Box) and was presented on an international tour that also passed through our country.

A-WA, which means ‘Yes!’, They were born in Shaharut, a community of approximately 30 families in the deserted Arava Valley in southern Israel. Of a Yemenite Jewish father and a mother of Ukrainian and Moroccan origin, they sing in an almost extinct language, Arabic-Yemeni. Thus, they mix traditional songs with hip-hop and electronic music, becoming the most explosive musical appearance in Israel in recent years. Their songs and the language in which they communicate it build bridges between cultures, their music unites ancestral melodies with the most current sounds and dances such as hip hop, electronics and funk. A combination that has been praised by outlets such as Rolling Stone, ELLE, Glamor, and Stylist Magazine: “Who are these three women in platform sneakers and Djellaba and where have they been during our lives,” said Vogue in one of her interviews to the Haim sisters.

A-WA cry out in their concerts and in their videos for a femininity and feminism without cultural or aesthetic borders. They use sarcasm and irony to denounce social issues that concern them. Their artistic abilities transcend the musical as they intervene very actively in the script and direction of their video clips, their image and graphic design and in their wardrobe. 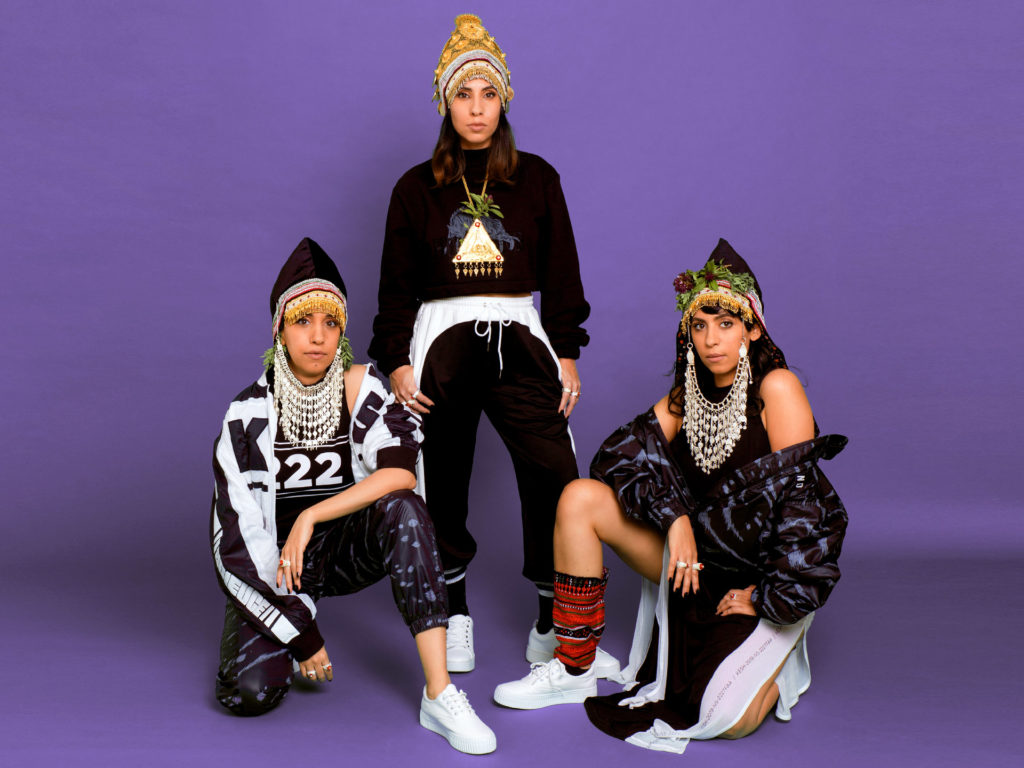