A lot has happened since 2005 when Balkan Beat Box gave “a coup” to the patterns of traditional music and new trends with its first and eponymous LP, creating with the “Balkan Beat” a new style and a new trend which surprised both critics and audiences around the world. Immediately, the band became a worldwide reference for the fusion of urban styles with traditional music of Balkan, Arabic and Hebrew roots.  Concerned with what was happening in the world, its lyrics have always been full of messages of protest, of cries for peace and unity. The band never pigeonholed into any musical style because the creators of this musical amalgam are as different as the stylistic origins of its components: Tomer Yosef (voice, percussion, samplers) who comes from electronic music, Ori Kaplan (sax) who started his musical carreer in Jazz and Tamir Muskat (drums, programming) who produced Israel’s first trash metal album…! 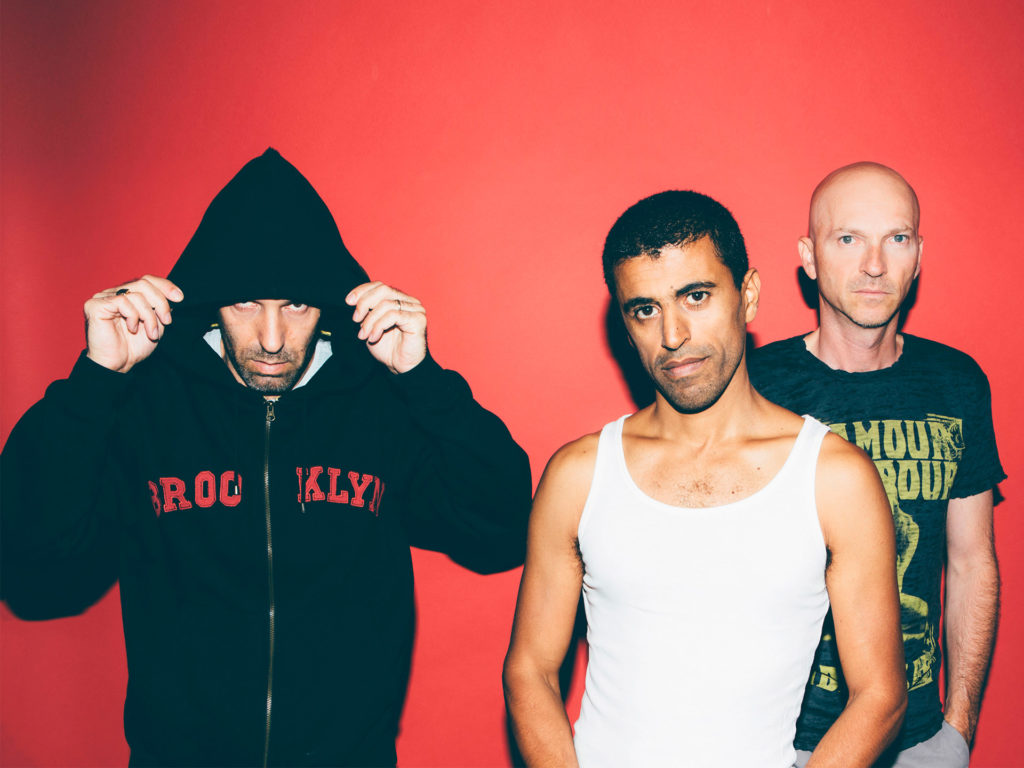