The band La Chiva Gantiva is composed of three Colombians, a Chilean, a Belgian and a Vietnamese, who met in Brussels, where they live. They are explorers who transfer and transform the musical richness of their origins, creating bridges between the sounds of the folklore of ancestral peoples and the combative rhythms of punk and ska, among others. Thus they created their own style that they call “Punklore”. On stage, La Chiva Gantiva sweeps with an overwhelming live performance. “They put together a frenzied carnival ruckus, exploding like a Molotov cocktail of rock, rap, soul and ferociously funky Latin rhythms,” The Times said of their concert. They have toured the five continents and are a reference of the new music of protest roots. 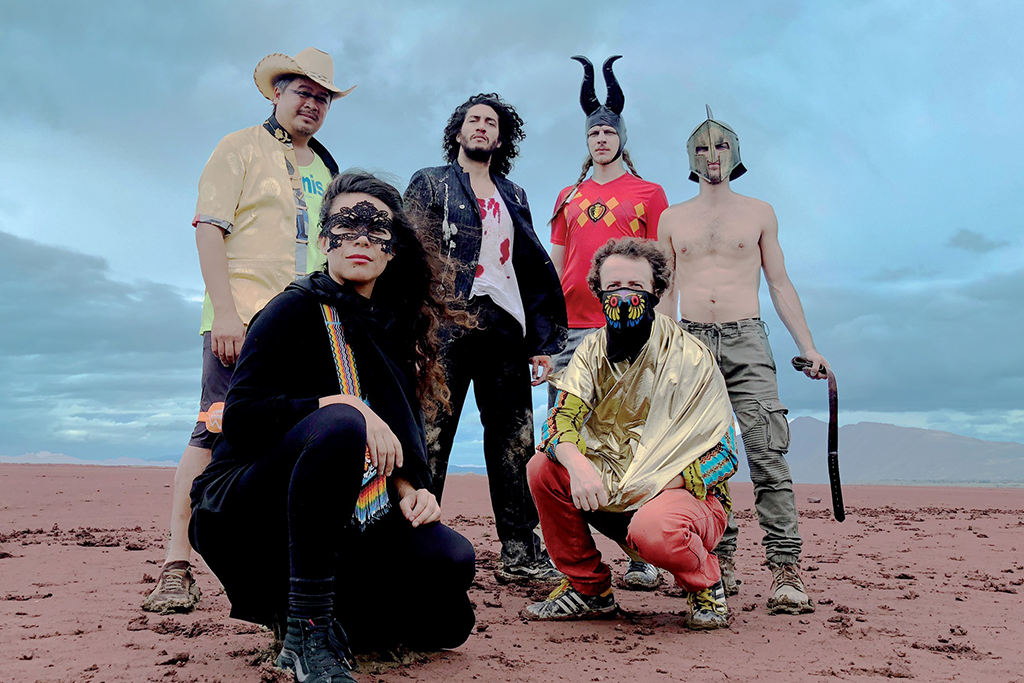