Nestior is the project of Néstor Melguizo, who after his hiatus with his old band Sonido Vegetal and a long tour of stages and records, decides to go solo. In 2019 he begins his new adventure with his single ‘Malafollá’. It was the starting gun for a prolific musical career: in just two years he has published the LP’s “La Vida Moderna” and the brand new “Reversible” and is already preparing a third co-produced with Martin Glover ‘Youth’ (The Verbe, Pink Floyd, The Killing Joke, U2, Mel C, …). In addition, every morning he collaborates with the program Go get up from Canal Fiesta (RTVA)

The album Reversible it is a job that was born in times of quarantine and creative confinement. A moment where time meets art to unleash almost a hundred songs, of which he selects 15 for this album. A journey that starts from pop and electronics as a base and that covers styles such as melodic reggae, electronic champeta, the nostalgic trap, the badass reggaeton, the miscegenation and all this seasoned with a lot of Andalusian salt. Before the release of the album, Nestior presented four singles that mark the keys to this work: ‘Cuarentena’, ‘Sube que te llevo’, ‘Let him grow wings’ and ‘Me voy de rumba’.

In addition, as a result of his daily collaboration in the Andalusian regional radio program, Anda Levanta, Nestior has published “La Teta Power” , a single and viral video that focuses on the importance of breastfeeding.

Live, this skilled artist from Granada manages to create an uproar of high sensations and emotions, trapping the audience in an atmosphere of joy and good vibes. He tries to express the freshness that he has inside using his most valuable tools such as: his voice, percussions, electronic sounds, guitar and a lot of dance. 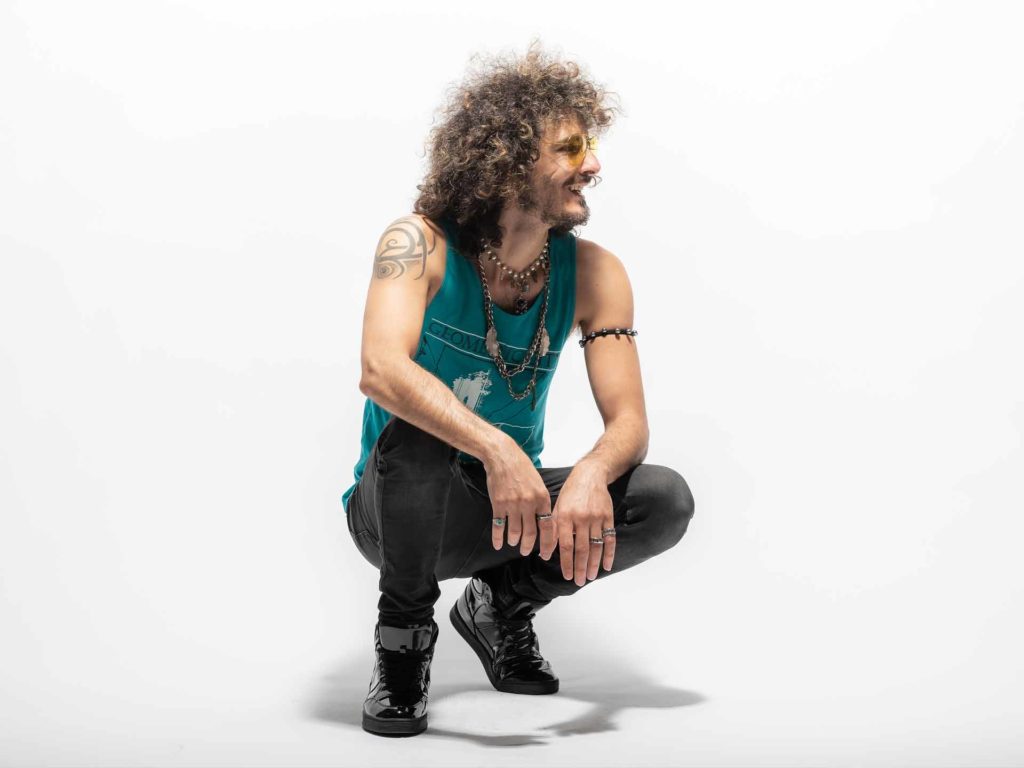