Sonido Vegetal return to the scene after several years of pause in which its components have launched their solo projects. But as the goat goes to the mountain, the members of Sonido Vegetal return to mess it up on stage with the freshest and most brazen gypsy punk. The band returns with its founding members: Néstor Melguzio (vocals), Beni Tunga (euphonium), Charlie Triana (bass), Johans Pedreros (drums) and are joined by Adri Lamagia (trumpet), Juanma Funes (guitar) and Eliot Verreaux (synths and electronics).

With three albums released, two of them produced by the emblematic producer Martin Glover ‘Youth’, Grammy winner and bassist of the legendary Killing Joke. It is no coincidence that he noticed this band from Granada and extracted from them the purest gypsy, punk, wild and international essence that in their previous stage took their party to stages like the Boom Town Fest (England), the Festa de Avante (Portugal) or the ViñaRock (Spain). 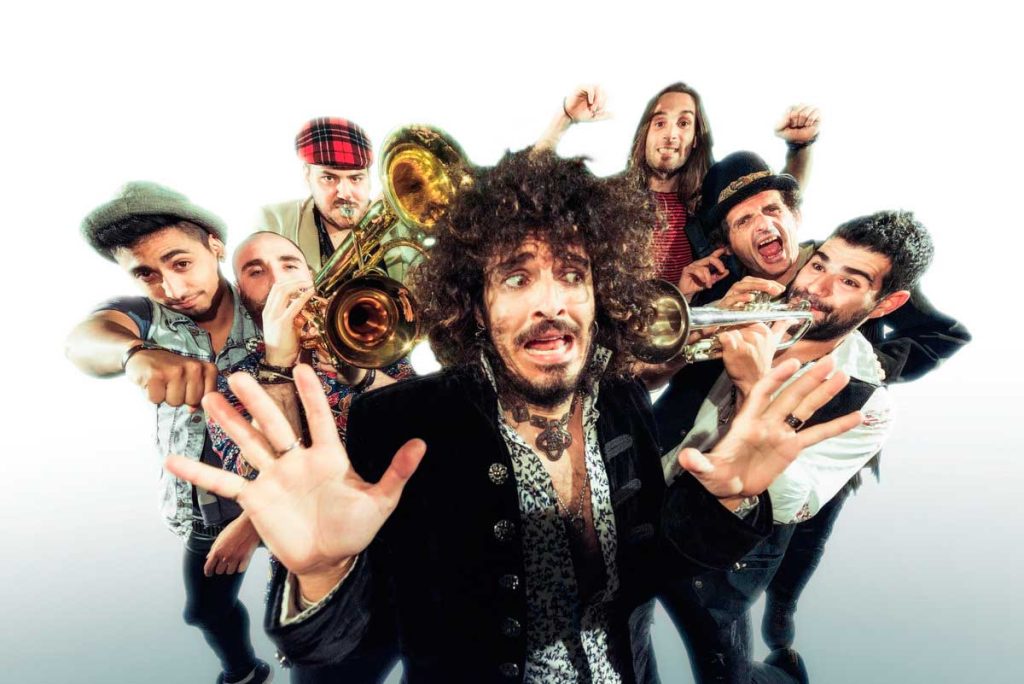