It is a constant of these chameleonic musicians, the exploration of sounds as diverse as pop and rock, cumbia and mambo, psychedelia and ska-reggae or afrobeat, among many others. After a hundred concerts in five countries and two continents with ‘Cannibal Alert’, the band was planning something special and different to celebrate their 25-year career. Not even the coronavirus has changed its plans. In 2021, Eskorzo dresses up and takes to unique stages and theaters to present his most exclusive show: ‘A Fuego Suave’.

In this project, Eskorzo has given a stylistic twist to his best-known themes. In “A Fuego Suave” you will enjoy, at low revs, a vision of their most chanted songs through a different sound prism. It is an exquisite musical and visual artistic proposal, cooked ‘over a slow fire’, in which the viewer will enjoy a facet of Eskorzo very different from what their audience is accustomed to. Beyond the musical, the lighting design has been carried out by the award-winning Felipe Tomatierra (Lorca Award for Performing Arts) and the scenography by Marieta Bautista.

The Nasrid septet has been working for the last few months to deconstruct each song in its repertoire and reconceive its staging. ‘A fuego suave’ is an immersive, conceptual show and attention to detail. The result is an Eskorzo the likes of which has never been seen before.  captivated music critics wherever he has passed:

“They have collaborated containing their dynamism, that boisterous ferocity that characterizes them (…) they have unzipped the material, but giving more space to the arrangements and the level of detail, fine-tuning the developments and with a certain jazzy sophistication: the trumpeter mutes and the decoration Deodato of the multi instrumentalist Olmo with the keys ”, Ideal Granada

“Eskorzo not only accumulates years and experience, but also a good handful of hymns and many tables on top. There are many adventures, inside and outside our borders, (…) oblivious to styles and fashions, capable of bringing the most modern indies and the toughest rockers alike to their concerts ”, Alquimia Sonora.

“A group with an innate quality and that is knowing how to see beyond, capable of reinventing” La Pena “or of how to start in the purest funky style of the 80s to end up in an incessant Latin rhythm”, Cadena Ser

“Different sounds, but with the same attraction as always. (…) They are pure magic”, La Mancha Rock

“As the years go by, we will raise our voices and ensure that we were there”, Verdadera Locura

“A dull and rainy afternoon turned into an evening full of light”, Un Clavo Ardiendo 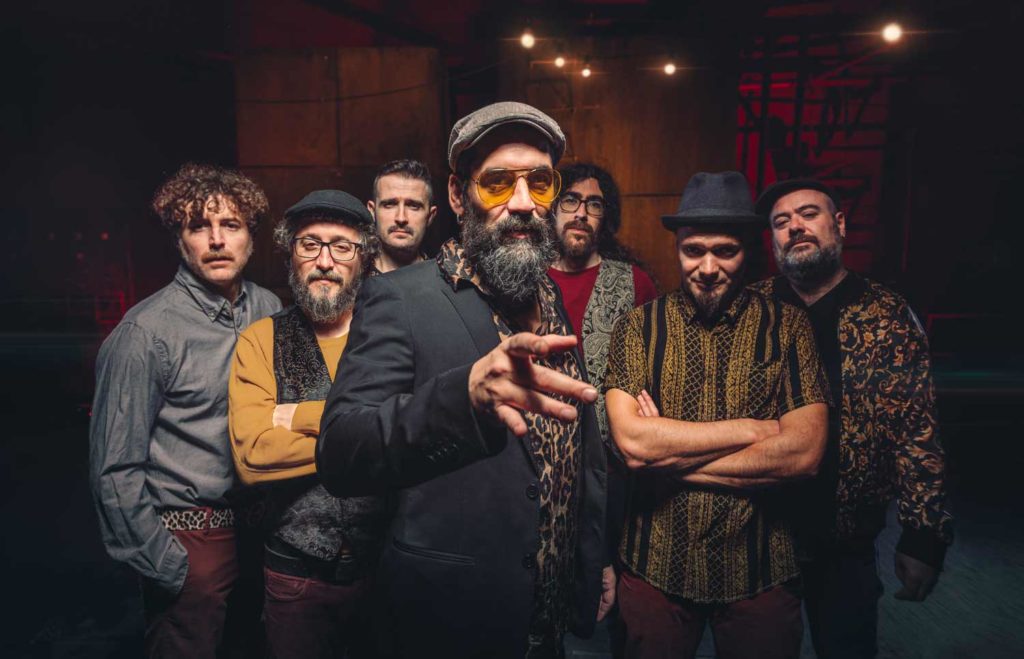