Kumpania Algazarra are the most important musical phenomenon in Portugal and are already a classic of popular Spanish festivals (Viña Rock, San Isidro, Iboga Summer, Expogrow, FEM, Mestizao…). Their influences are a true kaleidoscope of sound: Balkan fury, Arab reminiscences, Latin warmth, the refinement of Afrobeat and the explosiveness of klezmer and ska. Nomadic, multilingual and universal music, which on stage becomes a pure party. And while their music conveys an overflowing optimism and joy, their lyrics are an outcry against the injustices that plague the planet. After releasing “Let’s Go”, an album where they connected with the Spanish scene with collaborations such as Eskorzo or Morodo, they presented their second remix album with the participation of producers and dj’s from all over the world. They have participated in the final of the Festival da Cançao 2022 where the representative of Portugal in Eurovision is decided and in La Voz Portugal. 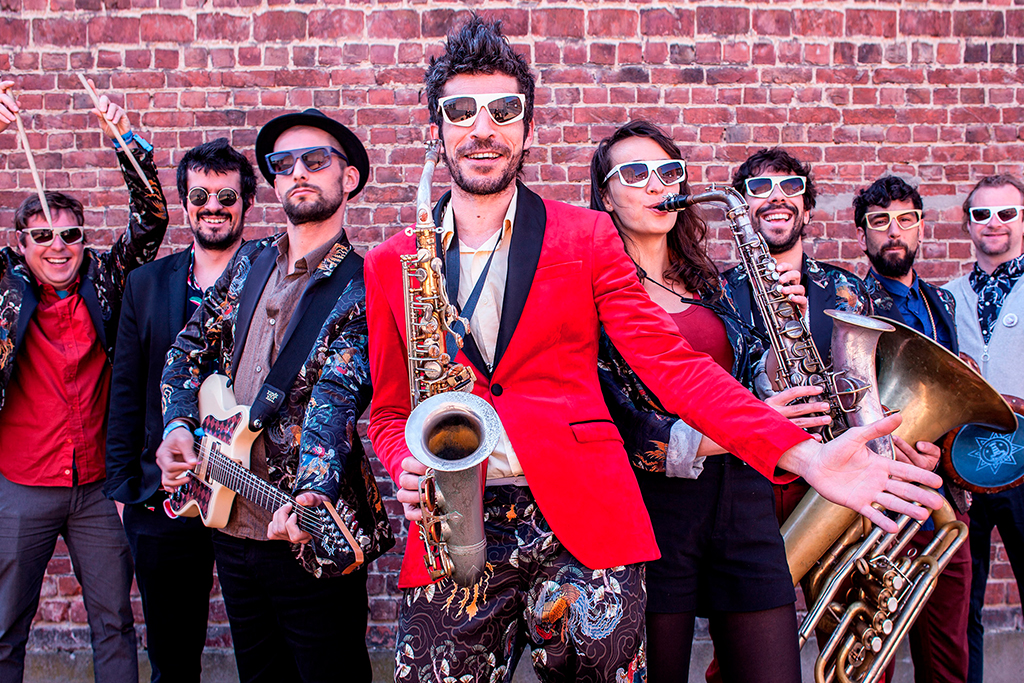